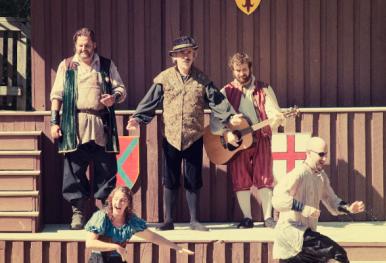 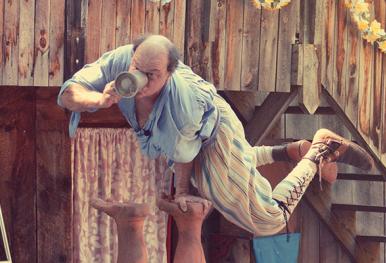 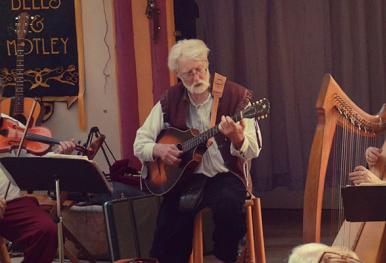 In addition to the many Lane Encounters you’ll experience, The Wyldewood Players present stage performances throughout the day. Some of the scheduled shows of the WWP are listed here, the rest are unannounced events that happen all day throughout the Village of Warwick, so you’ll just have to keep an eye out.

The Warwick Inn is a three-story interactive stage with all-day antics, improv, slapstick humor, and secret love. The bottom floor is a bakery and scullery where the baker and his son try to get a day's work done without trouble from their two beautiful but wily scullery wenches. Above, the Inn houses the Lord Mayor's family and a host of not-so-welcome guests from the town's citizenry, as well as a few unwanted rogues. The result is a "faulty tower" of fun and mayhem. Inside the Inn is an intimate sit-down pub with an interior balcony open to the second floor, where unscheduled antics take place all day. On the Bakery side, you'll find these hysterical adventures.

The Guild of Warwickshire Curmudgeons

The serious elders of Warwickshire air their trivial grievances as is their duty as official curmudgeons, and everyone agrees to be disagreeable.

Love heats up as the dough rises. The first family of food in Warwickshire try to keep their house in order and still do the baking.

Bakers at the Warwick Inn are tying themselves into knots to feed the town.

A Most Improper Wake

An infamous Warwickshirian has passed on, and the townspeople do their best to honor a person of questionable honor, then things really start to go wrong.

Her Majesty and her courtiers amuse themselves and you with games and courtly revels.

Join the Queen and all the villagers at the Festival Stage as they raise a glass in song. Don't miss this rousing and heart-warming tribute to a day of fellowship and adventure. It is a MUST before you go! 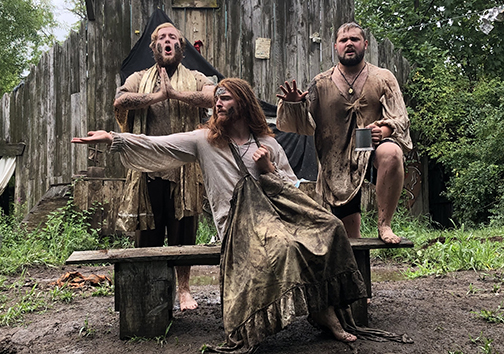 Three village beggars are up to muddy mayhem as they plumb the depths of the town "middens." More than just a mud pit, the Middens is a dump and a sewer! Every town has one, and everything foul flows to it.

An Oracle of Offal

Muddy fun. Men of the court and a handful of brave town’s folk seek the mysteries hidden within the town Midden.

The Cesspool of Ignominy

Pirates and town folk find shame and treasure at the town middens.

The town's beloved barber-surgeon, whose motto is, "Better bled than dead" is giving a clinic. Townspeople take their lives in their hand to stay healthy.

Public executions are a fine way of bringing the community together, or so sayeth the Earl. But is anyone really willing to do it? 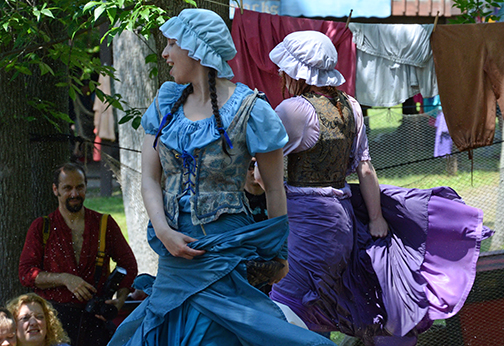 Love, lye, and laundry at the town wash pit! The washer wenches and their washer men teach customers how to treat each other as they air their dirty laundry. Be sure to arrive clean, or you may get washed!

Merrymakers of the shire halt their work to tip a few ales, sing and carouse. 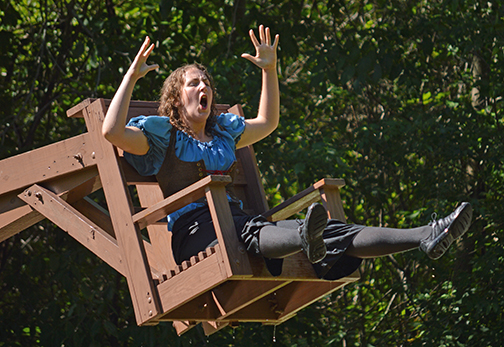 The constabulary mete out justice in the briny depths of the Frogge Pond. The accused are placed in the dunking chair to be dunked at the Earl’s pleasure. Is he fair or foul? You be the judge.

Attracted, no doubt, by the only body of water in Warwick, a band of Pirates takes hold of the Frogge Pond. 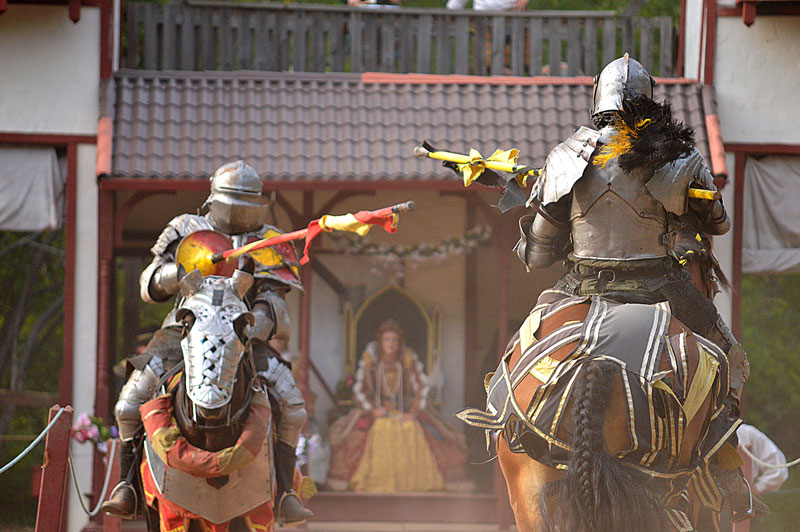 An exciting recreation of a 16th Century tournament Joust A’plaisance. This is a live, full-armored joust and swordplay performance. Don’t miss this keystone event of the festival! 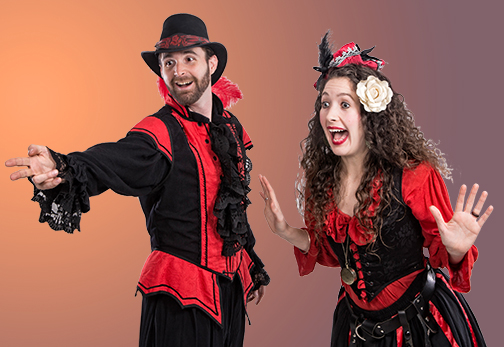 NEW this year! Judas & Magnolia are a husband and wife team of award-winning escape artists. Through comedy, suspense, and abundant audience participation the pair work to tell fantastical narratives and bring crowds to the edge of their seats with death-defying stunts. 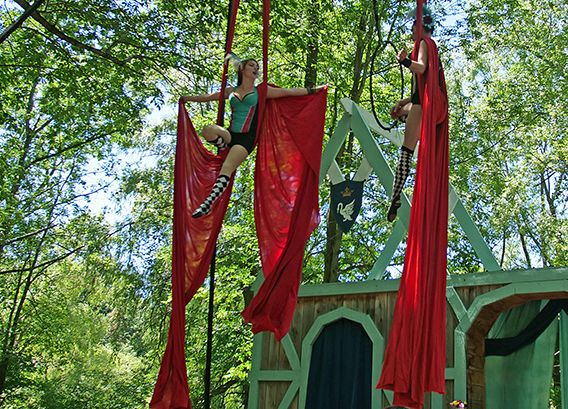 Cirqa Brava's high-flying acrobats mesmerize & delight with their one-of-a-kind aerial & circus spectacle! Blending razor-sharp comedy with breathtaking beauty, these ladies' antics will turn your world upside down, inside out, and leaves you tangled in laughter!

The Wacky Chicken Show! Inspired by Shakespeare's cock-combed fool, Theatre of Fools brings you on a hysterical joyride of absurd theatrics.

A unique, dynamic, and very funny show, where the audience become the stars. They become the orchestra, the sound effects, and act out the story together. Sensational family fun! 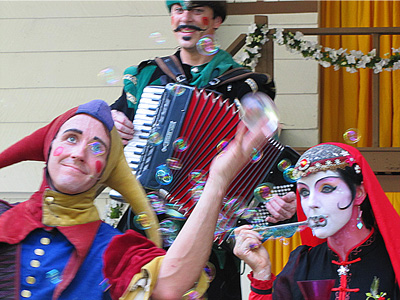 Clan Tynker is a circus family who travel their performances all over the world, delighting young and old alike. This must-see show includes incredible skills, unforgettable characters, and FIRE! All set to live music you will be humming the whole way home. 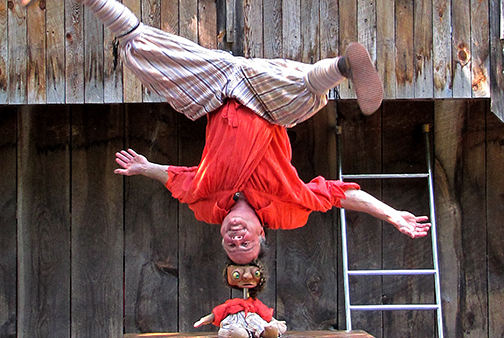 A series of poor decisions resulting in comic acrobatics. Daniel will attempt to hurt himself in very creative ways. Rarely does he succeed. 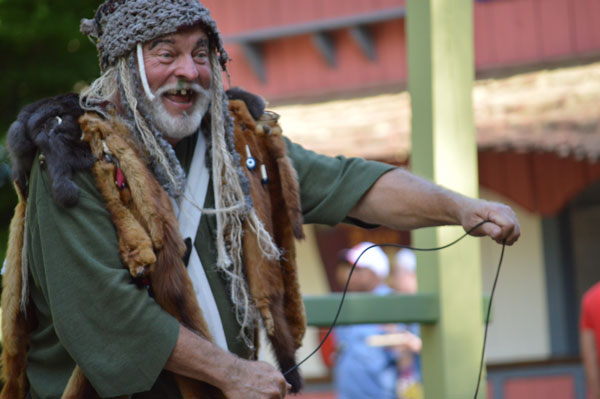 The Big Rat Show is comedy Noir. Her Majesty has declared the big Rat Show to be a Royal Shift of Whit! 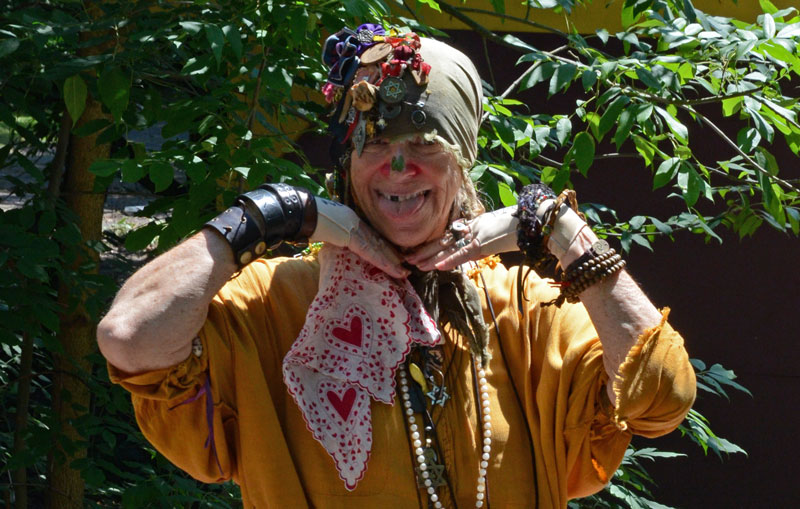 Your favorite reveler is back on the streets and performing on the boards. Anything can happen, merrymaking will happen.

A cook, a captain, an honest sailor (Yargh!). This land-locked pirate shares the wisdom coined through a life on the high seas.

Scandalous. Licentious. Madly impolitic...and riotously funny. Take a stroll down literature's seamy back alleys with England's own libertine laureate. These are the poems that inspired Emily Dickinson to exclaim, "Screw it...I'm staying in my room."

Vulgar and hilarious stories told by "Churchyard" O'Shea, notorious highway robber. Irish myths and legends, violence, blasphemy, VERY bad language. What's not to like? For the love of all that is holy, please don't bring kids.

Known widely for their glorious renditions of early music on authentic instruments; including Celtic harp, hammered dulcimer, fiddles, bagpiper, and hurdy-gurdy. Join the celebration with a participatory dance session on the festival stage at noon. No experience needed! 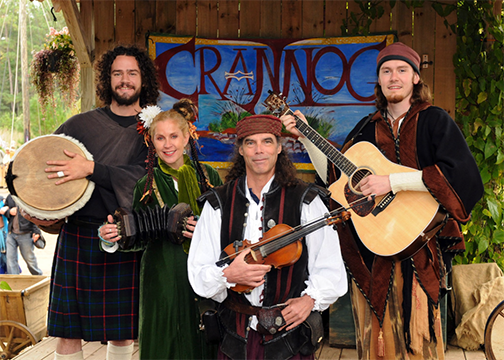 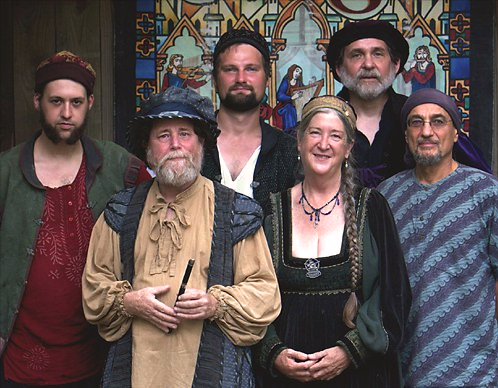 Plays ancient airs and dances featuring harp viola da gamba, and violin. A free-spirited playfulness is characteristic of Cantiga's sounds, bringing the ancient songs to life for a modern audience. 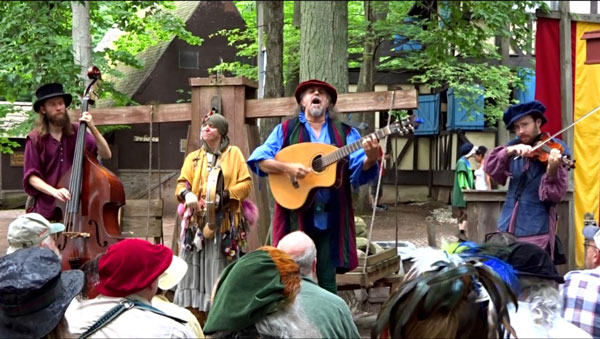 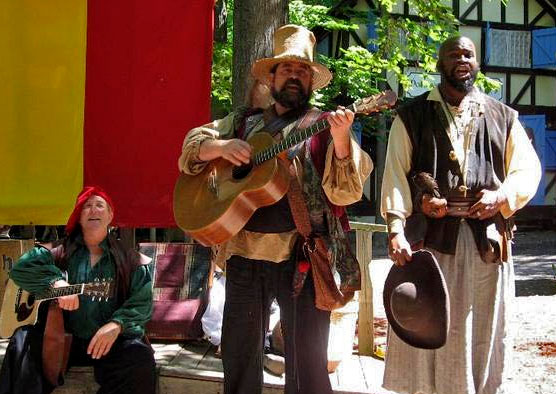 A celebration of songs, encompassing maritime, love, drinking, and the best that Jim can find. He plays with everyone and helps lead the band at the Pub Sing. Come to any of the Revels, Jim’s Sets, and the Final Pub Sing and sing along!

Lord Carmichael is the Scottish emissary to Her Majesty Elizabeth’s Court. He can be found playing the bodhran or other instruments at any opportunity. 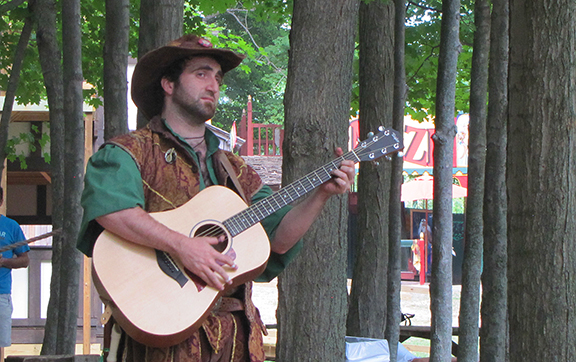 A musical glimpse into the spontaneous mind of chaos.

A musical glimpse into the spontaneous mind of chaos.

The Harper & The Minstrel

A roving musician who is likely to show up just about anywhere! playing bodhran, flute, guitar, mandolin, and more. 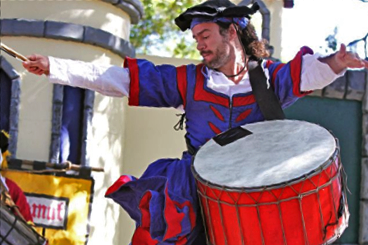